Well it really has been a while since I last posted. My "bump" is now three!!! 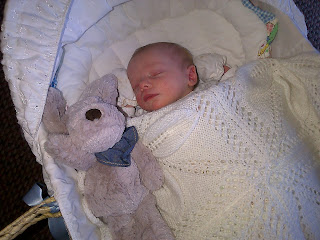 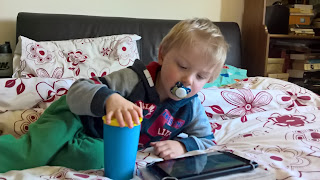 Pregnancy and Fibro do not sit well together, it is totally the hardest thing I have ever done and ended in an emergency C section. I never thought I would be well enough to have a child, and am so glad we decided to try when we did. It took a long while to recover afterwards, not from the section but because my body had put everything it had into making a baby. I have had several episodes of being bedridden, not great when you have a little one to look after. It put a lot of strain on my other half having to look after both of us. Mostly it's been a case of muddling through. Now that he's at nursery 3 days a week (and summer school too) it's a bit easier, and we have had more time to put into other things. I've been on a de-cluttering spree over the past couple of weeks, and all this organisation has made me want to start blogging again. I've even started bullet journaling! Pintrest is dangerous!! I don't think I will have time to blog every week as yet, but will try for once a month.
I'm working on a couple of knitting projects at the moment. A pair of mittens for a birthday present, a cardigan for a new baby, and a mitred square cushion cover. I've also been slowly getting back into doing other crafts which got put aside, such as card making and making small gifts. I have also recently started making up my own knitting patterns with a pair of fingerless mitts. I had been looking through lots of patterns for ways to use up leftover sock yarn in a simple mitt pattern but didn't like any one pattern so cobbled together different aspects of several. I'm going to write up the pattern over the next week or so and put it on the blog as everyone who I have shown them to has said how good they are and that I should.
Posted by Unknown at 12:13

My biggest ever Work In Progress!!!

As you may have noticed I haven't been around for a while. About 8 months of a while. There is a good reason for this. I am currently working on my biggest ever WIP. And it's taking about 9 months to complete! Yes I am expecting a baby!!!! It's a boy and he is due in March. Three weeks from last Friday is the due date!!!
I'm kind of sad and mad at myself for not blogging while pregnant, but it has been quite an intense time for both me and my other half, and I have just not felt like it. Not really sure why. Perhaps because I had not been blogging for very long anyway and still feel somewhat awkward in putting myself out there.
Also the first three months were taken up with constant nausea and being sick! I even stopped knitting!!! No one warns you that normal everyday household smells will suddenly overpower you and induce vomiting. And "morning" sickness is badly named! Oddly though I was also grateful to it. When you first see the blue lines on the pregnancy test you don't really believe it. It doesn't feel real. Not until the midwife confirmed it. I was totally reassured for about a week or so, then started to doubt again when nothing happened. Wasn't I supposed to "feel pregnant"? A couple of days later the sickness kicked in as if to punish me for doubting. But I was so glad because it made it real for me.
Also wish I had blogged before as I am very tired and in lots pain from the Fibromyalgia at the moment, so finding it difficult to do anything. I wanted to write about being pregnant with severe Fibro, but it may not be done before the birth now. Hopefully it won't be so long before my next post!
Posted by Unknown at 10:50 No comments:

I finished the handspun merino yarn for my partner's mother. I forgot to measure it so I don't actually know how many yards/metres it is. It's about a sport weight. Though I'm not overly pleased with the plying, it is my first time plying handspun so in that respect I am really pleased with it. 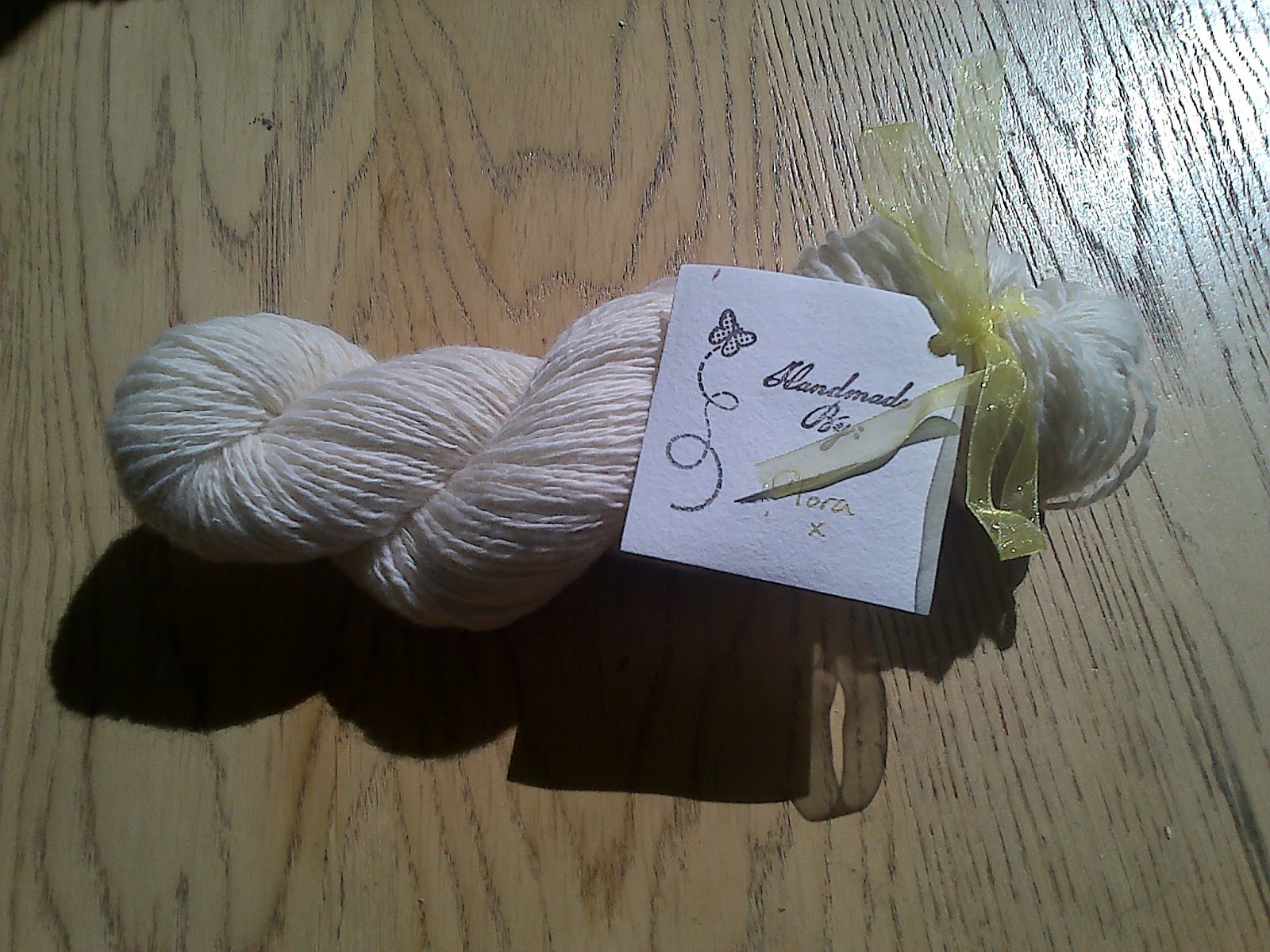 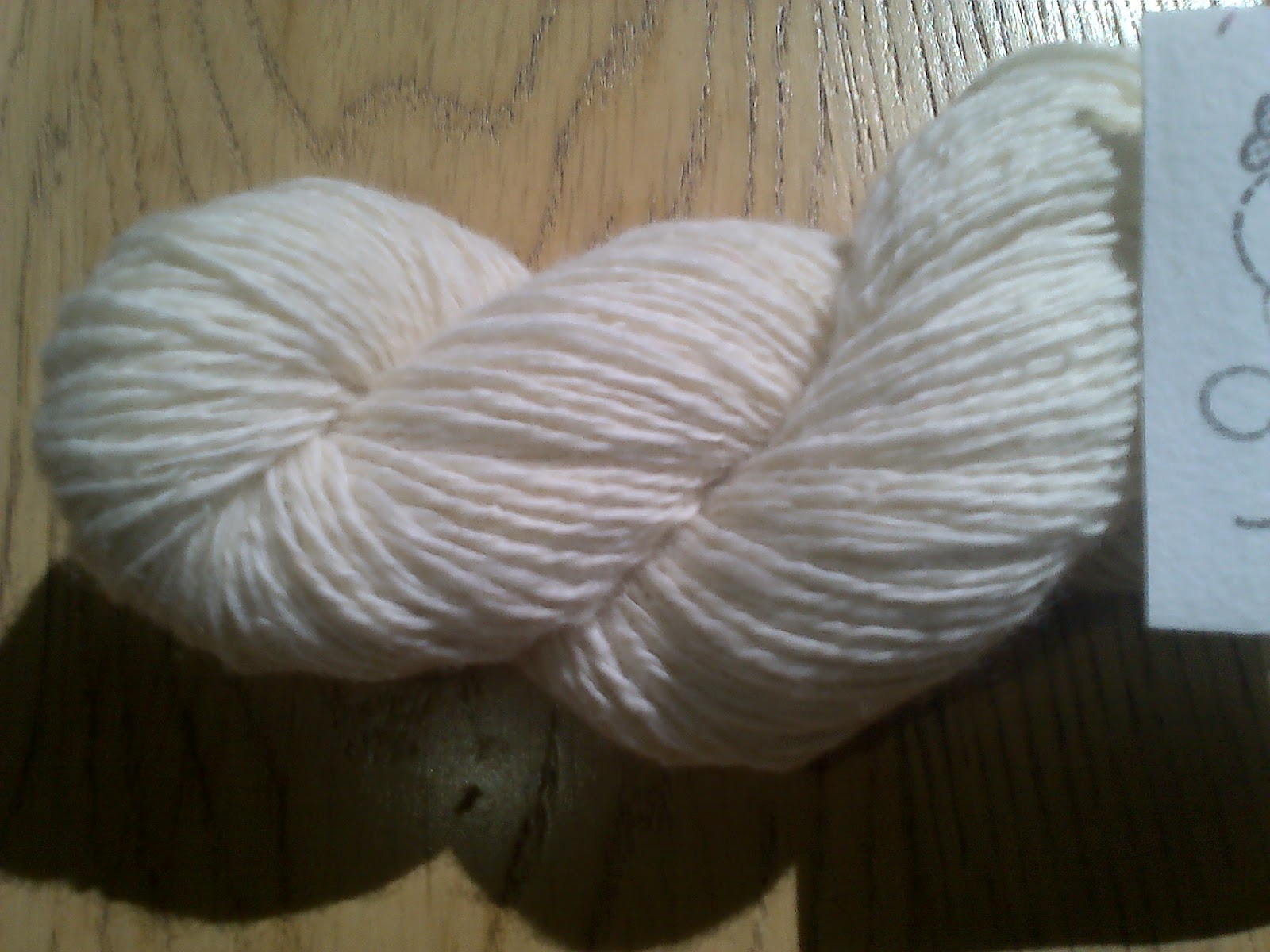 Email ThisBlogThis!Share to TwitterShare to FacebookShare to Pinterest
Labels: spinning

I have three FO's this week. The Monkey Socks: 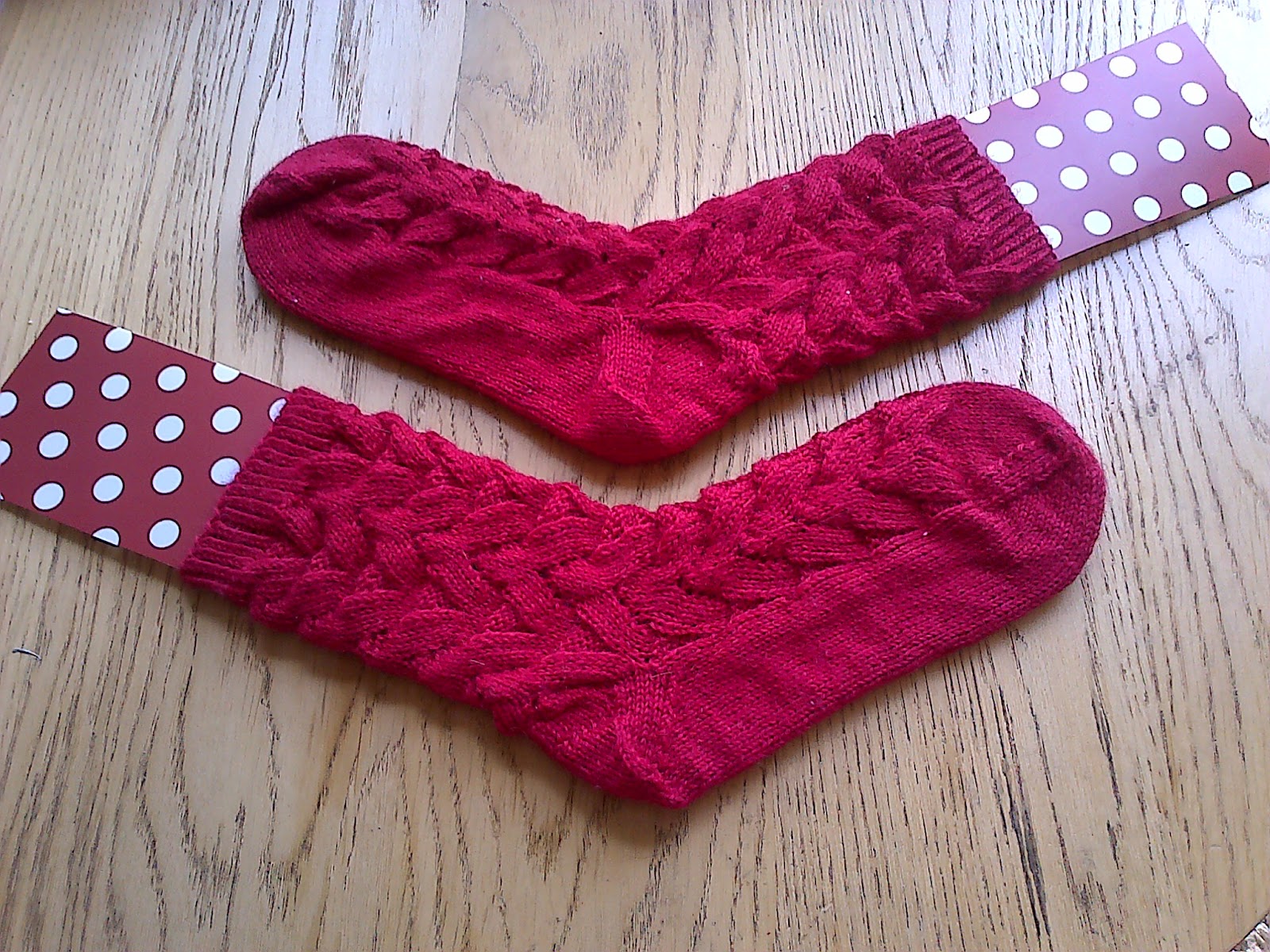 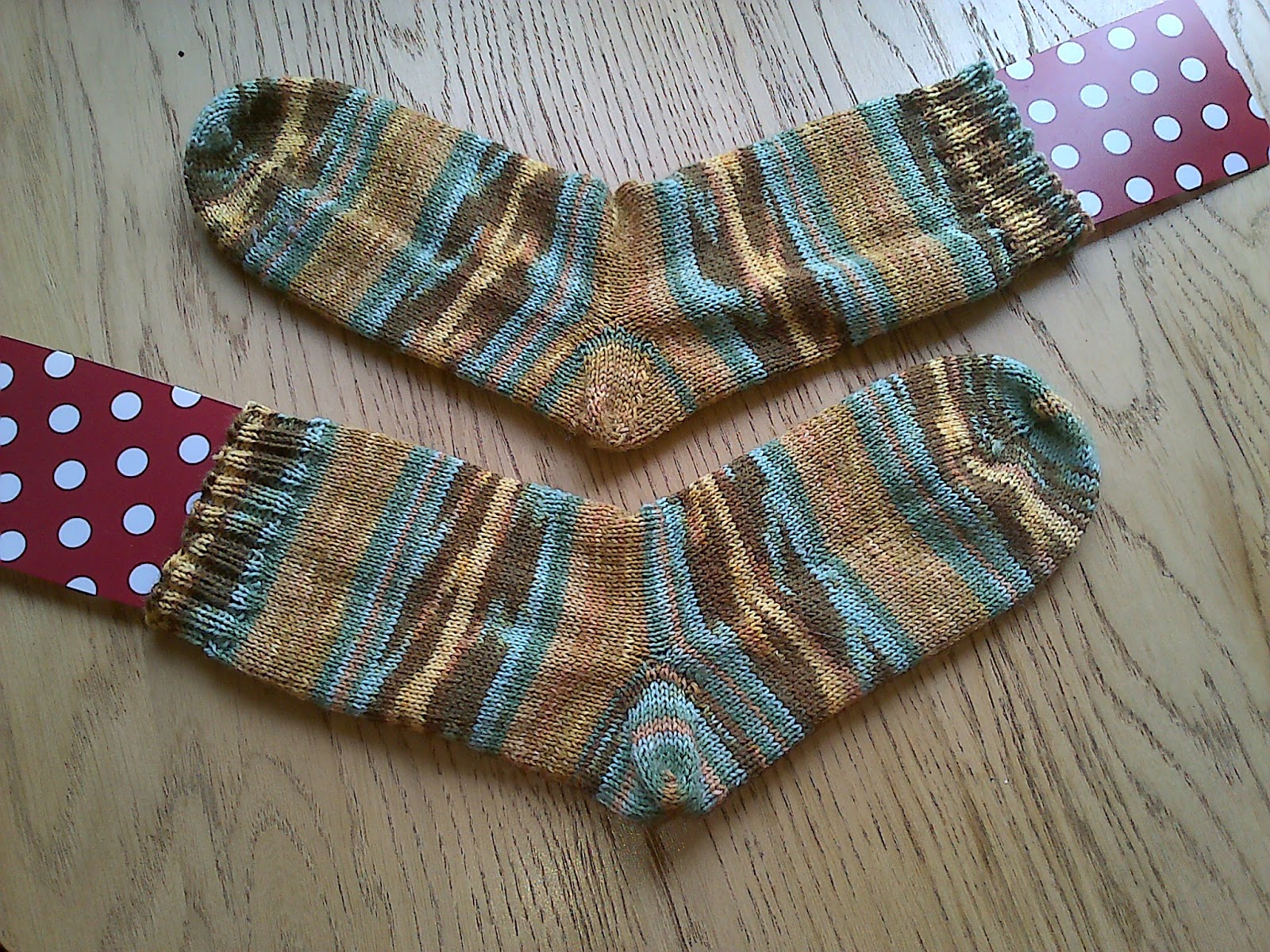 And finally a Mini Sock from a pattern by Stacey Trock from Fresh Stitches: 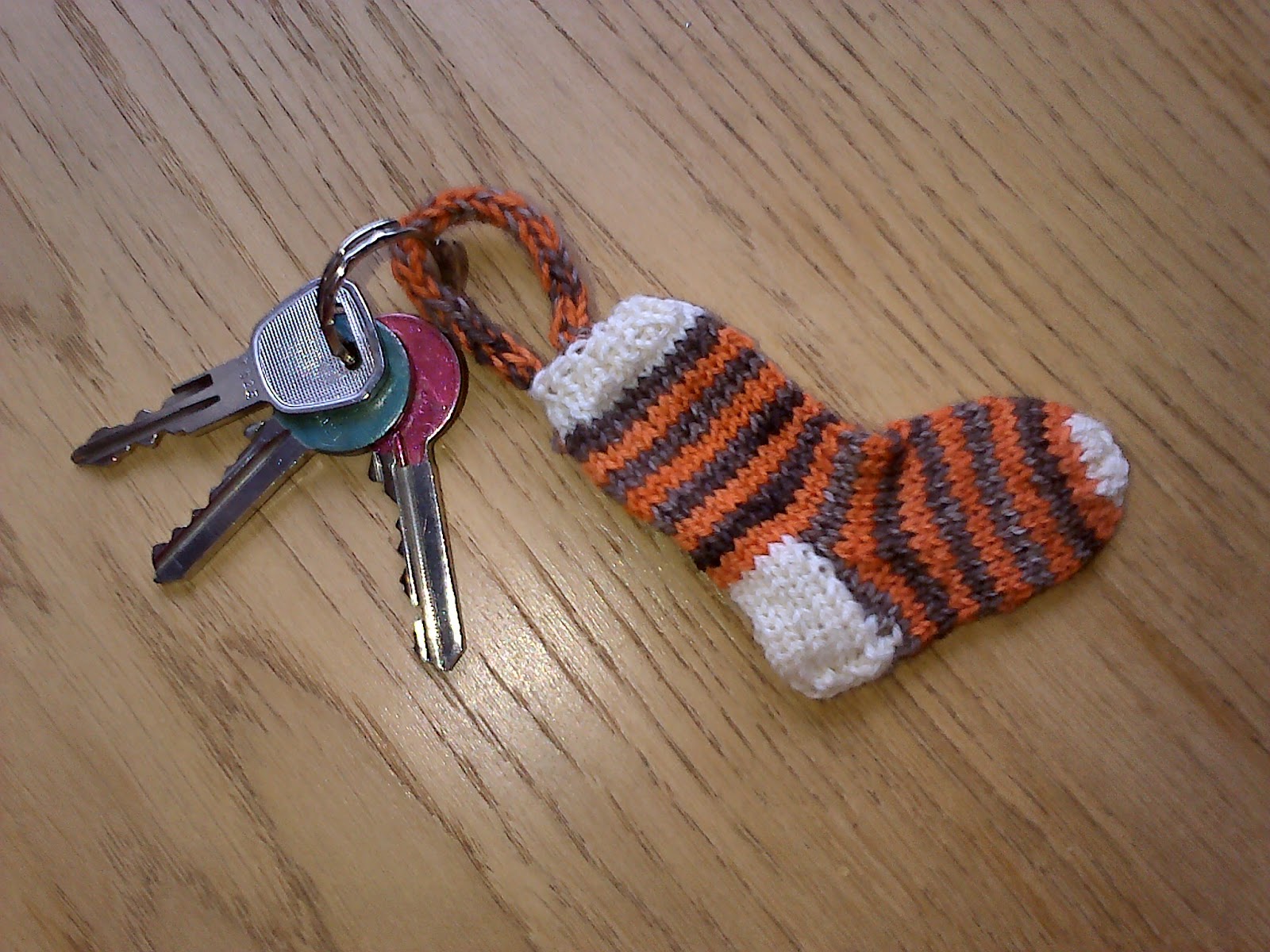 The sock phase continues, I still have one pair on the needles. But I have started a top! I know! Shocking!

Apparently my cat has expensive tastes! 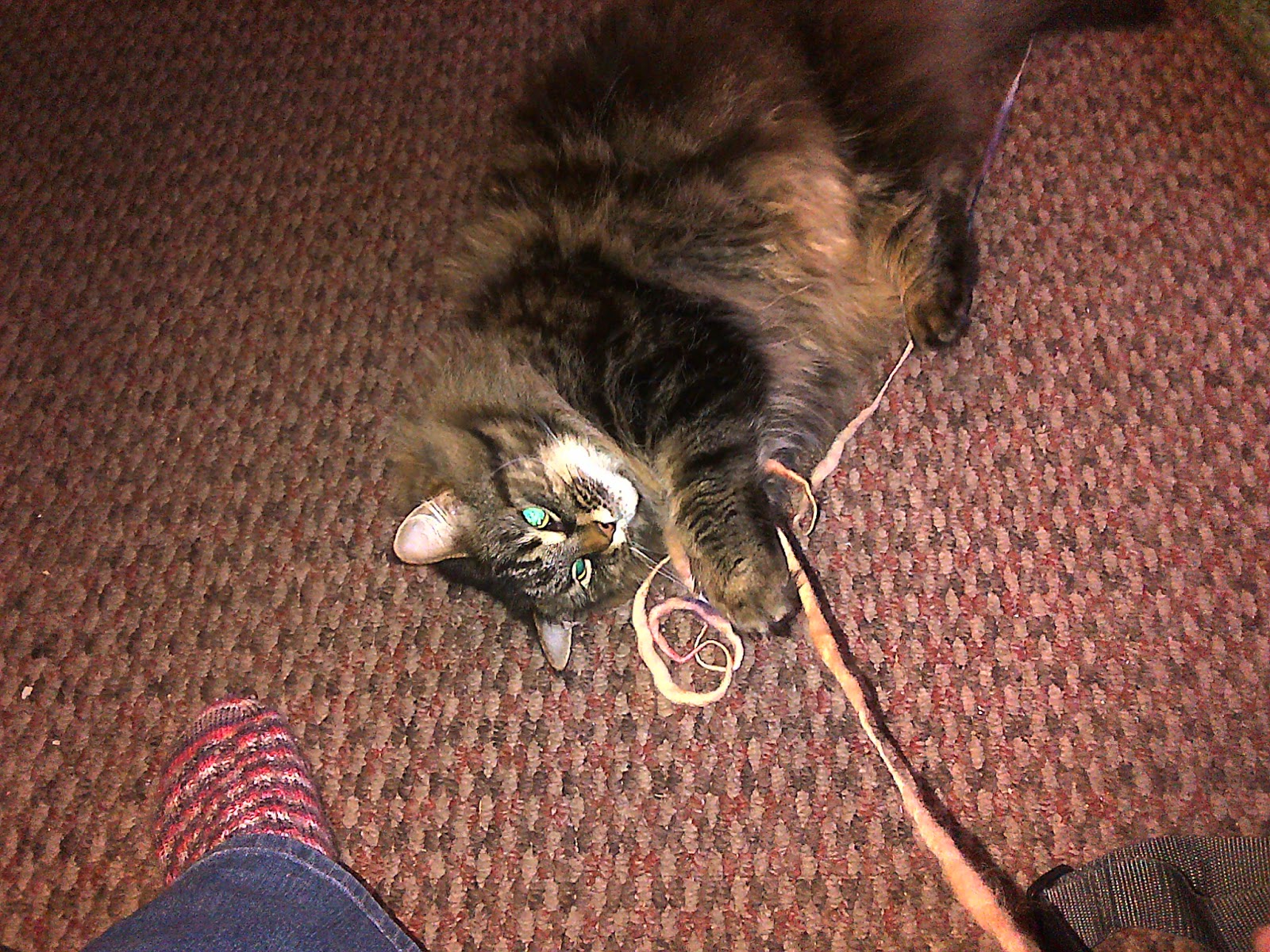 I am rubbish at sport. No, really I am. I know I now have Fibromyalgia and can barely stand let alone run, but I have always been really bad at sports. The highlight of my sporting career was coming second in the long jump at our secondary school's sports day. "Second" you say, that's pretty damned good. What are you talking about? I came second because there were only two of us competing!
My partner gives me a pained look every time he has to throw something to me because he knows I will not catch it 9 times out of 10. He likes sports, especially football, and the idea that I may pass on my non-sporty genes to prospective offspring is something he dreads.
It's probably because of this non-sportiness that I have never been that much interested in any kind of sport much, except for tennis. I don't know why I like watching tennis. I can't hold a racket to save my life. But Wimbledon is just about the only sporting event I watch on TV. So I am happily engrossed in all the action at the moment.
So as a knitter I wondered if there was a Knit-a-long for Wimbledon, like the Tour de Fleece or Ravelenic Games. It appears not. There are Wimbledon knitting groups on Ravelry, but for people who live there. I could start a KAL of my own, something where you have to change ends regularly or use new balls. Hmm... not sure about this, and I do have six projects on the go as it is. I think I will just sit down with my knitting and watch the tennis for a bit...
Posted by Unknown at 12:26 No comments:

I just wanted to share the beautiful red rose in my garden with you today. 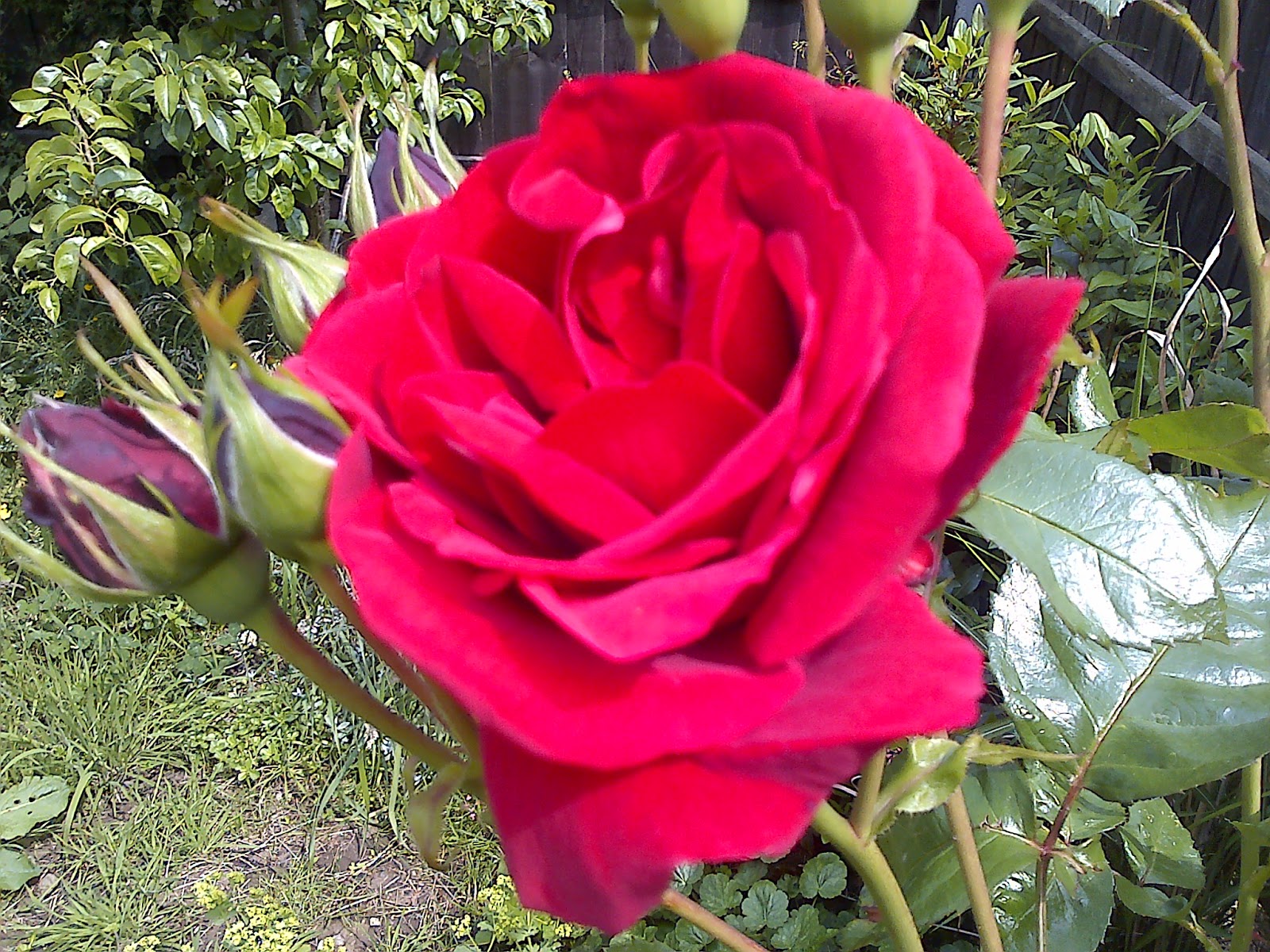 Hope your summer is full of roses too. x
Posted by Unknown at 14:26 No comments: